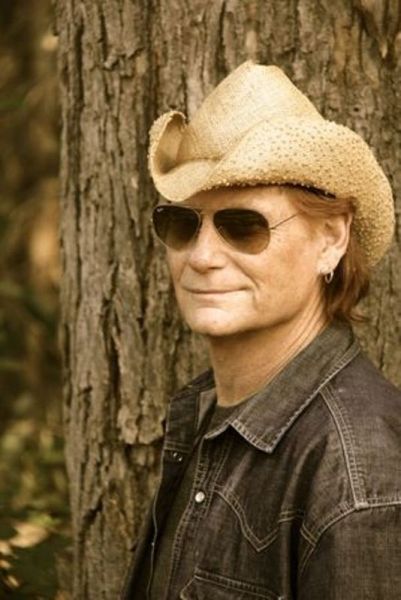 February 20th  2014 kicks off the new album release by CROSBY TYLER titled THE ONE MAN BAND REBELLION
on Bohemia Music.  This is Crosby’s fourth album and he dramatically departs into a minimalistic, primitive,
individualistic DIY assault on the senses....

“Well, I’ve been trying for a long time to do a solo album that I could feel good about.  But I went one step further
and became a One Man Band….”

It didn’t happen overnight.  It took three years of gigging to get the chops needed as well as two attempts at recording.
It seemed that nobody knew how to record direct, one-take style, as a one man band.   The bass drum posed a problem for most
modern day engineers.
“I thought it was going to be a piece of cake but everyone is so conditioned in overdubbing, looping, and effect-driven styles,
that something so simple & raw could be so puzzling to reproduce sonically.  Fortunately, good friend Jamie Bridges came to the
rescue.   Jamie is a top notch live sound engineer as well as recording and many years of major label productions and voila
the process began...Everything live, no over dubbing.  Just pick the best take.  The result, a 14 song allegory high-lighting the
underbelly of society.  Crosby has always had a knack for utilizing his musical influences and making it own.  It gels with
melodies of the past yet brewed in a storytelling style of today.

Just poke your ears to ONE HIT BEFORE I GO and you get a Woody Guthrie/Carter Family tone yet shadowed in today’s colloquialism.  That track features the background vocals of CALICO.
And that’s just for starters. US BLACK SHEEP AIN’T LIKE THE OTHERS pulls no stops as the drifter-observer rumbles through
Northern California painting characters in reality drama and uniting them in a defiant communal anthem-like ballad.
And then it’s country-like BIKERS, HIPPIES AND HONY-TONKIN’ COWBOYS which portrays a bar band and the misfit
hooligans that follow them and reek havoc every time they play.  RED CROSS BLUES, a piedmont-fingerstyle descant
shoulders the confessional fate of a wounded soldier bludgeoned and disfigured that he no longer believes he will be able
to face his baby boy Henry.  It seems as if every song on this album transforms into a short movie.

Isn’t there more here than just music?  But an unidentifiable exploration towards a self-imposed revolution of self-reliance?
Doing all ya can with what ya got and not worrying what others may think and just finding peace with the effort and not being
intimidated…Good ol’ punk ethics permeates throughout it.
“Ya know it’s so easy to pick on yourself for what you don’t have rather than what ya got”
THE ONE MAN BAND REBELLION TOUR starts Thursday Feb 20th in Cottage Grove OR and goes
throughout Oregon and Washington… 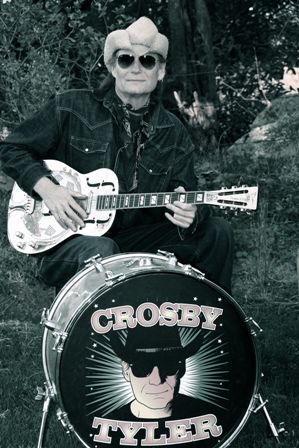 It's always challenging to delve into your soul and psyche and dare yourself to release the comfort-ability that mocks most of us. A lot of us are just patterns of behavior, regimented in routine which seep-ens in our skin and becomes character. We are always fighting the hard and difficult obstacles that beleaguer our aspirations and raid it with an easy fix. Do it the fast and cheapest way, or stuff ourselves in some vice and addiction. Let's just live life the hardest. I guess that's the American spirit. At least that's how it seems now. My last record 10 SONGS OF AMERICA TODAY seemed to be engrossed in a present tense of an America that just screamed for change. Well, dagnabbit, things have changed dramatically.........It's not getting any easier, economy on the skids, dollar slipping in value, inflation, and it's tougher and tougher to make what we used to make, a buck. There's only one reason for my new release LECTRIC PRAYER.......It's to raise spirits. A spirit of belief, a spirit of I can, a spirit of I will, a spirit of I must. I'm a living example of it. I dived into a dark lagoon not knowing if I was going to sink or swim. Am I being dramatic? Yeah a bit. I absolutely had no idea what this would sound like when I went into the studio. Thanks to being brainwashed by the producer John Chelew, I just went in blindfolded, no rehearsal, with complete strangers and shazaam LECTRIC PRAYER was born. But I wish upon every songwriter alive that they can embark on such a journey with an ensemble like this. SARA WATKINS on violin and back-up vocals, her brother SEAN WATKINS on mandolin and tenor guitar and back up vocals, DON HEFFINGTON on drums and SEBASTIAN STEINBERG on stand up bass and broken banjo........ The songs were chosen from a batch that I had written and these were hand selected by John as he felt they "themed together properly"...........RUNAWAY HELLBOUND TRAIN defines, I think, a sound that I had envisioned, a sort of blue-grassy meeting deep delta, tinged with Chicago Chess.........Oh well, so much for recipes. I have a few open E tuning tracks which PITCHFORK BRIGADE exemplifies. Here I'm on a telecaster, drone picking, and Calvinising a new day coming . GOOD 'OL CIRCUS DAYS haunts us like a living twilight zone with a slight chromatic half-step that keeps us and it in an unevenness. Don came up with great drum rolls that hinted of the big top. Sarah's violin couldn't be more psycho-licious..........Oh, and how could I not tell the tale about TRAIN TO HEAVEN.......After the first day of recording, I was in bed wrestling with sleep and then the song just trumpeted in my mind.....The melody , the verse, all written in my head like some force had swallowed me in a huge melodious-lyricality......That's unusual for me. I saw that train gliding on them golden tracks.... I walked in the studio singing it and two minutes later we recorded it. Sheldon brought in an old broken banjo on a fluke and started pickin' and we knew it was right. And of course the title track LECTRIC PRAYER..........Sean and Sarah's distinct Dixie harmonies whistling through my interpretation of a "lucky to be alive" word collage. Oh well, things will get better, them black crows will empty the skies, and our souls will shine again................